Ever watched Tron? What would be the first thing that you noticed? The futuristic bike designs right! What if I say that the design has now come alive, and has been so for some time. It might not be hard to portray in your mind but at the same time, quite difficult to comprehend it running along the road like any other bike. The name of this bike is Honda CB 750.

Released in 2015, the front part of it looks like a building block. It has a really powerful engine, comprising of four-cylinders with liquid Hydrogen running through it. It has a total of 6 speed double clutch transmission and electronic lurch and traction control. However, the main part about it being futuristic, it’s controlled by a computer! Yes, you heard it right; it has a computer system controlling its functions and thus, the bike has been named Frank. 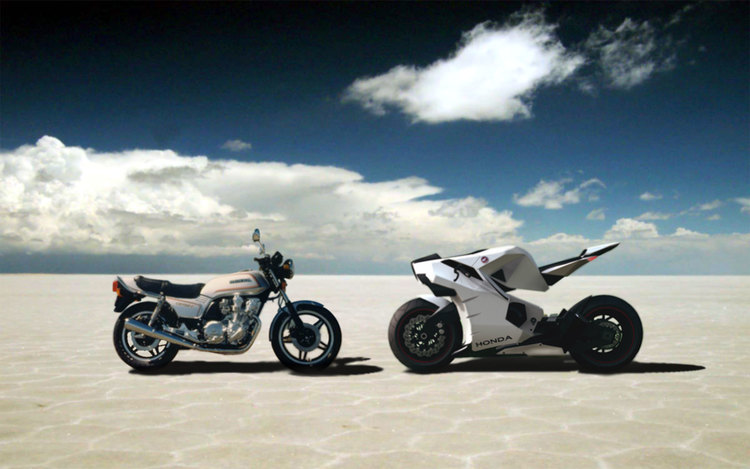 Frank is made of a combination of Carbon Fiber, Aluminum and Titanium. It can withstand a total weight of 300lbs without risk. The bike can sense upcoming collisions and will automatically slow down. Frank controls everything in the blink of an eye, even when up and running, for example-ABS, the airbag and steering damper. Many of these features can be turned off as well, to get the retro motorbike experience. The on board computer is displayed as a 5” OLED multi-touch screen. The computer has 3 modes: GPS, Drive and Diagnostic. The GPS will function through wifi or 3G network and will show the standard directions and locations. Drive mode consists of: race, economy and standard. All of them are electronically tuned. The diagnostic mode shows statistics of the bike like, lap time, gas usage, top speed etc. All of this combines to form the best Frank to have ever existed, a concept fetish of biker brought to life.